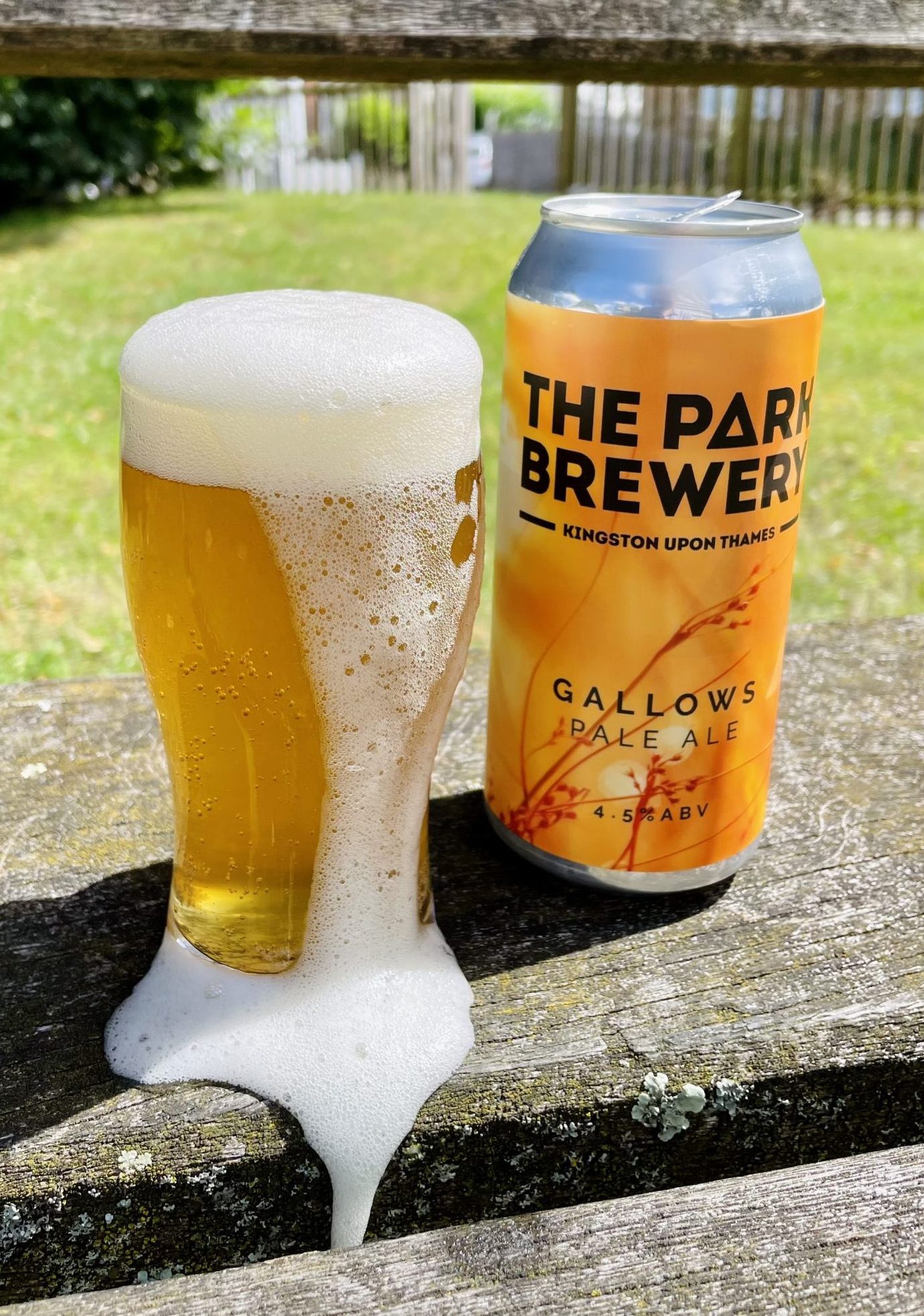 Gallows is a sweet golden pale, hopped with Simcoe, Mandarina Bavaria and Mosaic, providing a fine fruity mix of tropical and mango flavours with a rich aroma. It’s part of our core range and is brewed all year round.

This popular beer has evolved over the years but it was the first beer we ever sold. It’s the cornerstone of the brewery and has always been a customer favourite. First created in our family kitchen, then trialled in a mate’s bar. First sold as The Jam Tree Pale Ale, then in a 330ml bottle (bottle conditioned), then in cask, then in keg, and now in a can as Gallows – without this beer, The Park Brewery wouldn’t be here.

Buy cans online or visit the brewery to have a pint at the tap room.

This beer takes its name from the gallows which stood near Ladderstile Gate in the Park. Our drayman, Matt, has looked deeper into it’s history.

Gallows were an unpleasant feature of the Early Modern period. With capital punishment still deemed necessary for keeping the peace, gallows would have been present in nearly every town. The original gallows for the area were in Surbiton, however these were moved at some point in the early 17th century to Kingston and, as shall be discussed, the gallows were closely associated with Richmond Park. 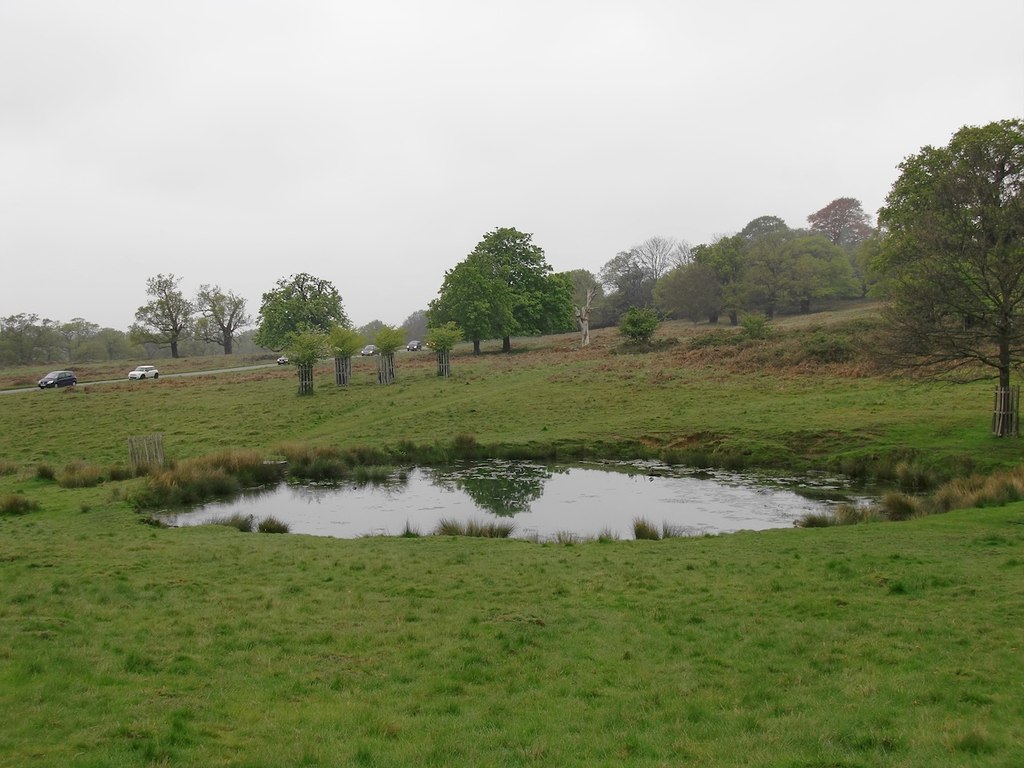 The story of the gallows and Richmond Park begins with Gallows Pond. The pond first appeared on maps in 1861 as a watering place for deer and cattle. In 2015, the pond had to be redug close to the original location as it had become choked with invasive Crassula weed. It is assumed that the pond was named after the gallows that served Kingston, however the exact location of the gallows has been the subject of some debate.

Ordnance Survey maps of the 1860’s locate the gallows near the present George Road on what is now Coombe Wood Golf Club. There is, however, no earlier evidence which suggests the gallows were located in this area. In 1852 the eminent local historian W.D Biden could only locate the gallows vaguely between the Coombe Road and the perimeter wall of Richmond Park close to Ladderstile Gate. Based on this information, it has been suggested that the gallows may have stood in what is now the Kingsnympton estate. 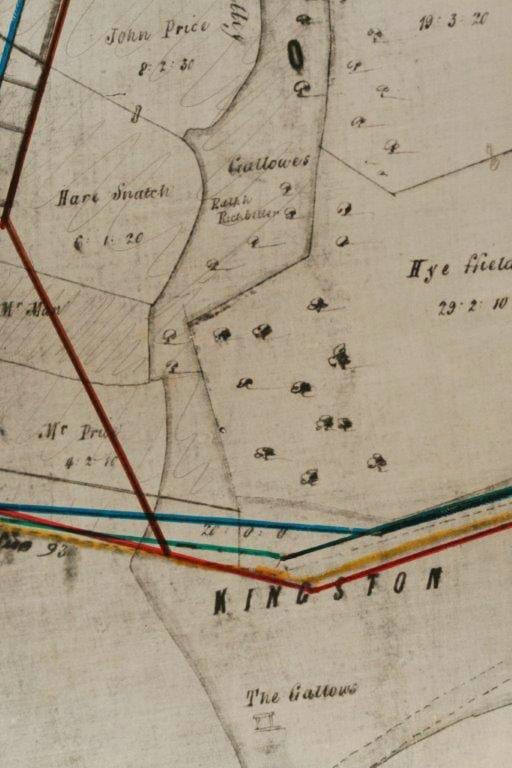 The earliest evidence for the location of the gallows may prove the most telling. In the early 1630’s Nicholas Lane produced a map for King Charles I to show the lands which were to be enclosed within the perimeter wall of his new park. On this map “Gallows” is written on a hill which is located within the perimeter of the park, yet there is also “The Gallows” written on an area of Kingston Common just outside the park wall accompanied by a symbol of the gallows. John Roque’s map of 1746 also shows the gallows on Kingston Common just outside the perimeter wall of the park, and this location was taken up by further map makers, including John Eyre in 1754.

This slightly confusing sequence can be explained fairly simply. The gallows probably once stood on part of Kingston Common which was later enclosed by the perimeter wall of Richmond Park. As Charles I wouldn’t have wanted the gallows to be part of his new hunting grounds, the gallows were moved further down Kingston Common in between the park wall and Coombe Road. Geologically speaking, there is an escarpment of high ground which runs from Kingston Hill as far north as Thatched House Lodge which would have provided a prominent location for the gallows. 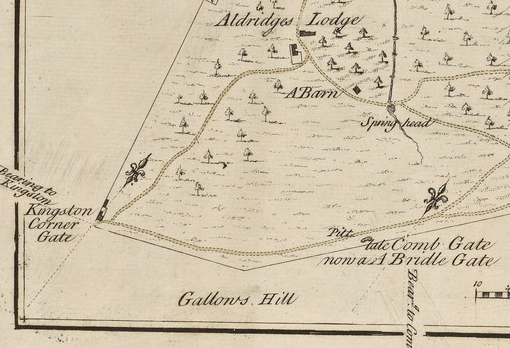 The reason for locating the gallows on Kingston Hill can be explained by the Coombe Road. In the 18th and 19th centuries this was part of the main road from London to Portsmouth and as well as allowing travellers an easier journey, it also facilitated highwaymen to operate. The gallows would have served as a deterrent for those who may decide to turn to crime on the road.

Travelling by foot or horse could have been hazardous at any period in history, but the later 18th century was the heyday of the highwayman. Jerry Abershawe was one such notorious highwayman who operated on the road between Kingston and London, who had a base at the Bald-Faced Stag Inn in Putney Vale.  Gibbet Wood in Richmond Park attests to an even grislier deterrent that was once placed on Kingston Hill, with those whose fates ended on the gallows being placed in a metal cage as a warning to any would-be criminals. Abershawe was the last such unfortunate soul who endured the fate of being gibbeted. 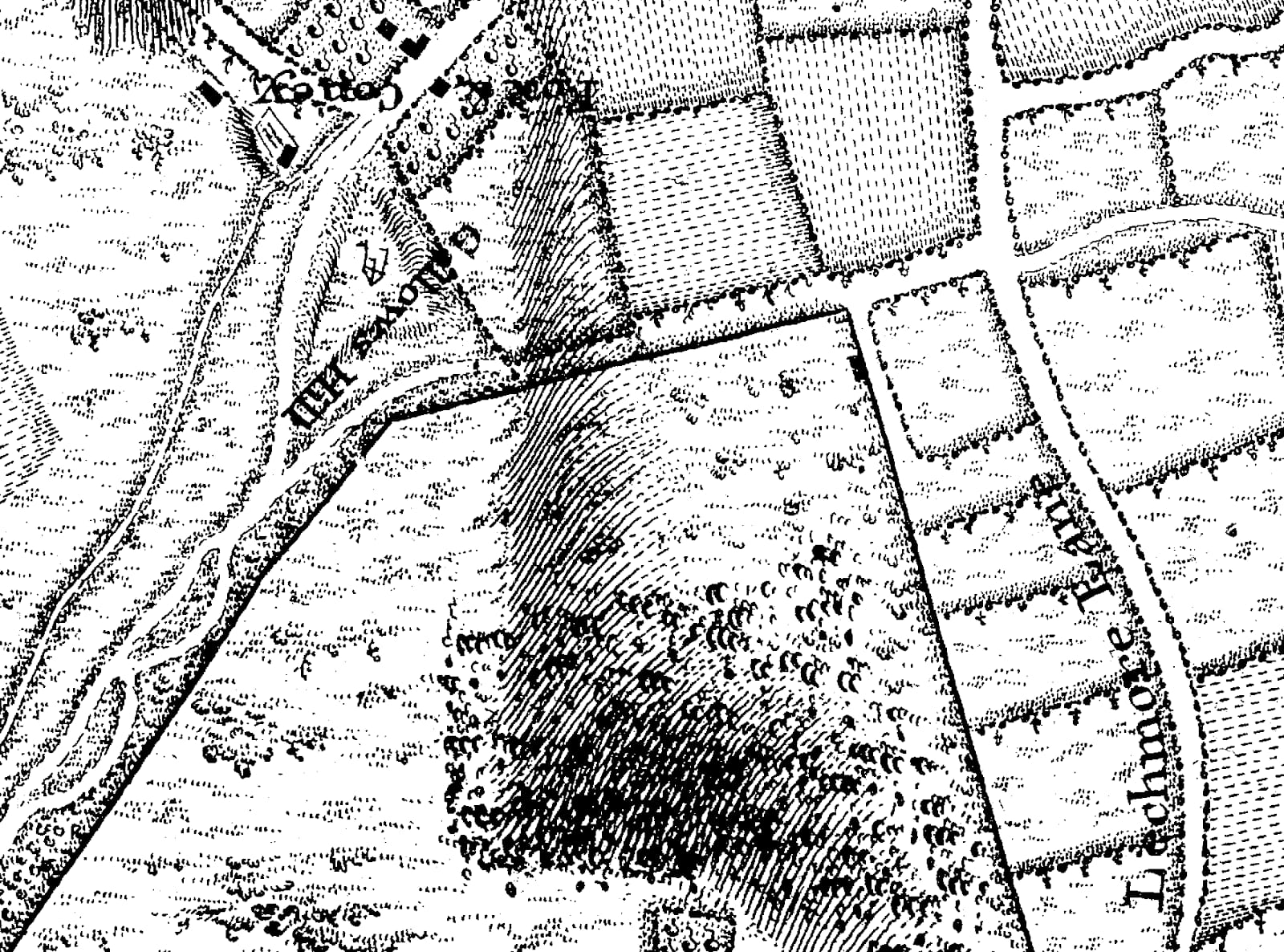 John Rocque map of London focussing on the gallows and the Fox and Coney, 1746

Interestingly, on the 1746 map by John Rocque an inn called the “Fox and Coney” is shown close to the site of the gallows. This inn would have provided a place of rest for travellers and we can perhaps speculate that lurking among those enjoying an ale were those who should have heeded the warning of the gallows, like Jerry Abershawe and his gang. So as you enjoy an ale, spend a moment’s thought for a time not so very long ago when those unfortunate enough met their fate on the gallows in Richmond Park.

Shop Gallows on our webshop

Plus, get 10% off your online order when you subscribe to our email- hit the link below to sign-up!

Shop Gallows Here
The Park Brewery © 2021
We use cookies on our website to give you the most relevant experience by remembering your preferences and repeat visits. By clicking “Accept All”, you consent to the use of ALL the cookies. However, you may visit "Cookie Settings" to provide a controlled consent.
Cookie SettingsAccept All
Manage consent